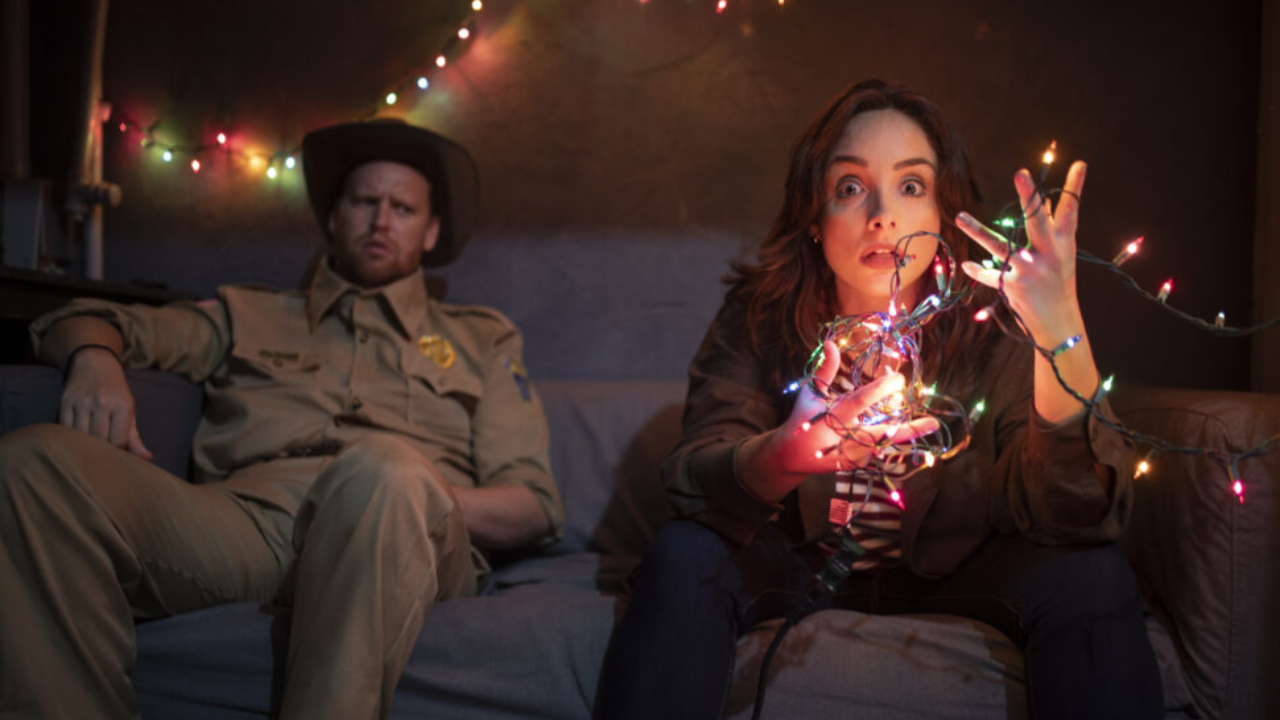 In 2016, “Stranger Things” premiered on Netflix to millions. And inspired by the cult following and the love of parody musicals, TheaterMaker Jonathan Hogue got to work.

In 2018, Jonathan announced plans to premiere his parody musical Stranger Sings! in a concert at Feinstein’s/54 Below.

Then they sold out.

And then a few months later, he announced an encore performance.

Following those 2 sold-out concerts at Feinstein’s/54 Below, Stranger Sings! The Parody Musical sent invites out for TheaterMakers to attend their industry reading.

And in the middle of the pandemic, this musical, which uses the first two seasons of Netflix’s hit series “Stranger Things” and includes all the fan-favorite characters set to an 80s pop/rock score, made its Off-Broadway debut!

And if you’re trying to do the math . . . that’s just three years after coming up with the idea to write this musical!

“When I began writing this show in 2018, I had no idea how I would get my script and music beyond the page. It was once I discovered the amazing masterclasses and resources that were available to me through joining TheaterMakers Studio that I felt able to find my path forward in self-producing. I also gleaned much from attending the TheaterMakers Summit, made great connections at the mixers, and was so encouraged by the guidance given in my one-on-one call with Ken.

Now, I've assembled the most amazing team to produce this production, and am so honored to be one of the first new musicals to help usher in the return of live theatre in NYC! Our team even found out yesterday that the New York Times wants to write a piece about my experiences with writing and producing the show... this journey has been unbelievable! I’m so grateful to TheaterMakers Studio for all of its amazing training and resources that has helped me and my team get this show off-Broadway after 3 years of development.”

And just a few weeks ago, the Stranger Sings! team shared they will be making a return Off-Broadway as well as making their London AND Australia debuts later this year.

So if you were looking for the motivation for finishing that musical number or rewriting that scene or just picking the pencil back up . . . consider this your push.

Because your story needs to be told.

Every week I give emerging Writers, like Jonathan, a tip on how they can improve their odds of getting seen by Producers. If increasing the odds of you getting produced is of interest to you, click here to set up a NextStage Strategy Call with my team.