3 Reasons I Love SIX (That Have Nothing To Do With The Show.) 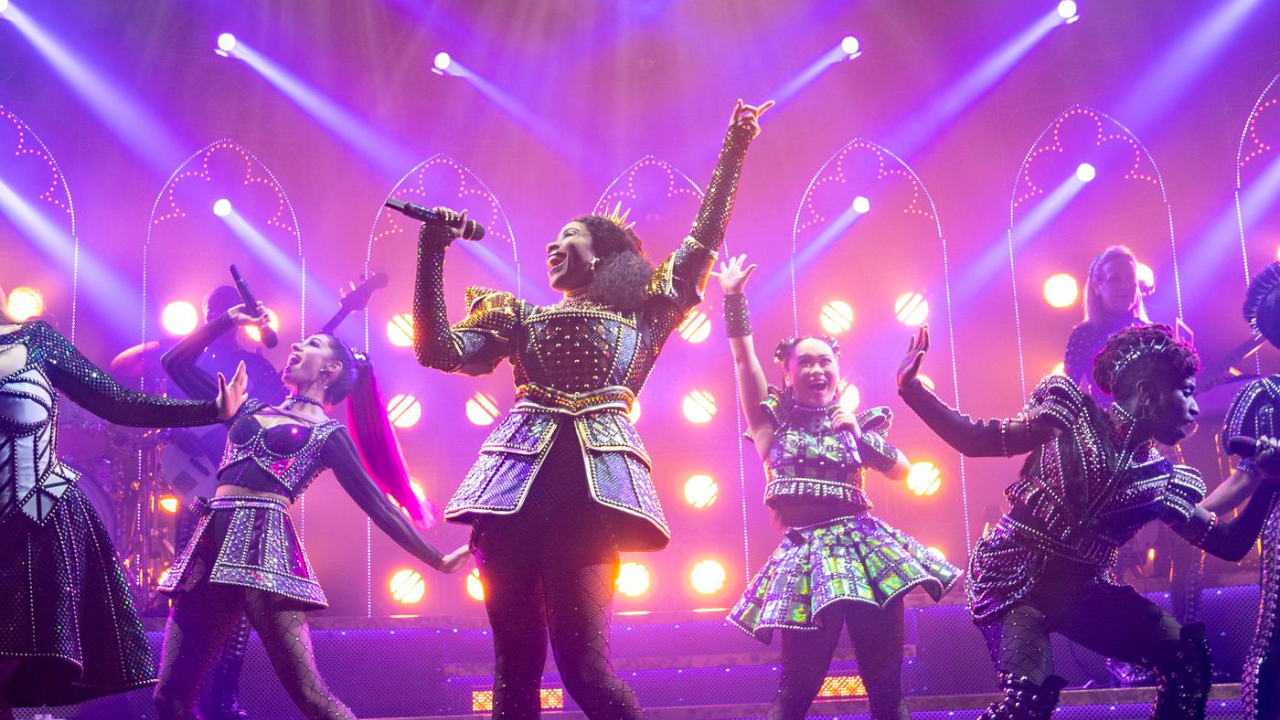 Spoiler alert: This is not a review of Six.

This is a review of the story of Six.

I only saw Six a couple of weeks ago. I've heard the hype. I've followed the journey. And I was ready for a good time. (I even Instagrammed my walk to the theater, I was so pumped.)

And sure, sure, I'll tell you, I had an absolute blast.

But that's not why I love it. I love it for, well, the following three reasons:

1 - Six Started At A Festival

Six didn't have ambitions to be a global phenomenon. It started at the Edinburgh festival. Oh, and it didn't even win any of the awards. But it won the audiences over.

And it did NOT move to the next stage from there. They had to do it at the festival again the following summer before Producers picked it up.

Six was a clever idea by passionate TheaterMakers who figured out a way to get their show up.  And, they are the ultimate example of what can happen if you GET YOUR SHOW UP.  It doesn't have to be in NY. It doesn't have to be on Broadway. But it has to get up somewhere, somehow if you want to get to Broadway.

What step can you take today to get your show up?

I'd bet you six million bucks that you didn't know the names and faces of the people who made Six, or who starred in Six.

And I'll go double or nothing that you will know all those names soon enough.

Watch what these names do over the next several years. Just watch.

That's right, Six is following the tradition of Rent, Avenue Q, In The Heights and so many more shows that went against tradition and used "rookies" on their creative teams and in their casts - and was rewarded as a result.

Just because people haven't done it before, doesn't mean they can't do it even better than those who have.

So, if you're nervous that you can't get your show to Off-Broadway or Broadway or to a global hit because no one knows your name, let Six inspire you that it CAN happen.

Things I've heard over the years:

"You should never do too many productions before Broadway!"

"Putting your show on a cruise ship? That's the cheesiest thing you can do to your brand. It'll kill it!"

Six has done all these things. And it hasn't hurt it at all.

In fact, yep, yep, I'd argue that all their pre-Broadway activity helped secure their success.

Don't be afraid to do something different. People may look at you funny. They may say you don't know what you're doing. (They say this about me all the time.)

But doing something different is what could make the difference in getting your show to stand out.

So go see Six. You'll have a blast.

But if you're a TheaterMaker, your real takeaway from the experience will be . . . "Wow, it IS possible. IT IS POSSIBLE."

Now, make it possible for yourself.

If you're inspired to take the next step in getting your show up, then give my team at TheTheaterMakers Studio a call. I've asked them to do a complimentary strategy call with anyone that asks. Click here to set it up.  We can't guarantee that you'll be Six. But I do know this.  If you don't take action . . .you'll never be Six, Five or anything.  :-)